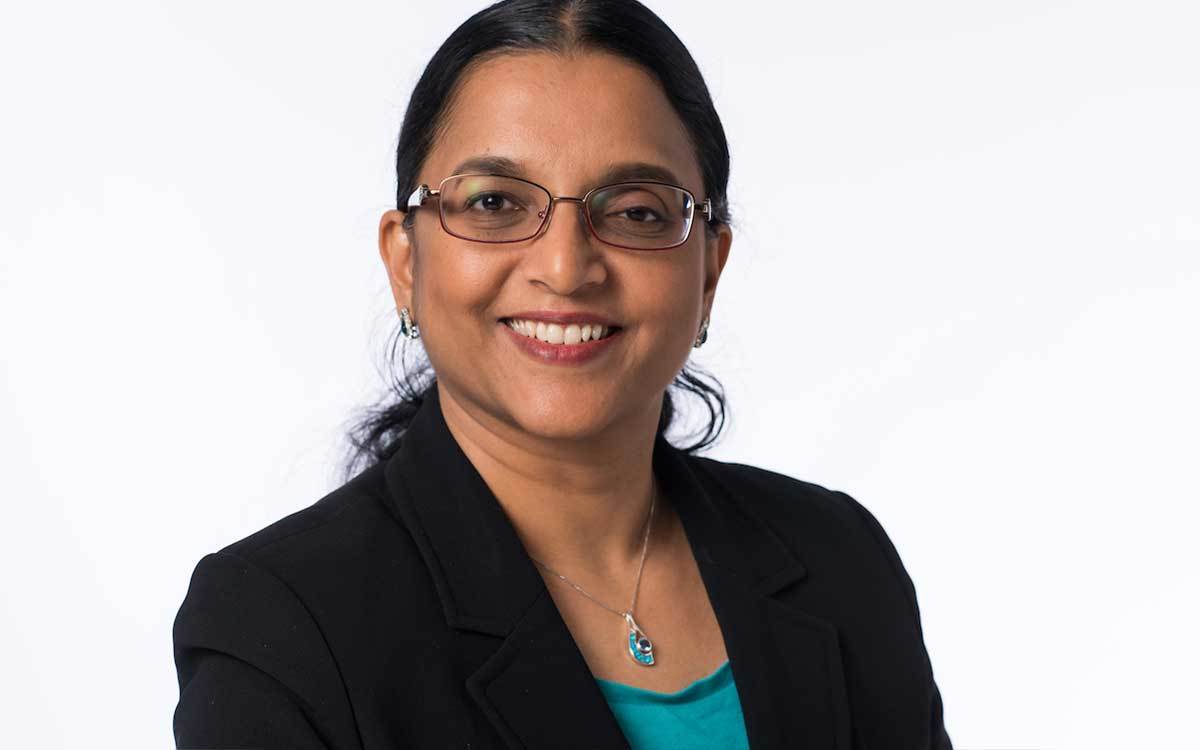 “Even though I had just started studying economics, I knew this was big,” Iyer says. “These reforms relaxed all kinds of regulations and allowed imports and more foreign investment.”

India experienced unprecedented economic growth during the 1990s, laying the foundation for its emergence as the world’s fifth largest economy, and Iyer opted to pursue a Ph.D. in economics at the Massachusetts Institute of Technology.

“Economics had suddenly became a hot subject,” says Iyer, who holds bachelor’s and master’s degrees in statistics from the Indian Statistical Institute. “It had become a great field to do research because India was experimenting.”

Iyer chose doctoral studies despite the fact that her mother and father, who hold Ph.Ds. in English and mechanical engineering, advised against it.

“They said don’t do it; it’s a huge commitment and the job market is uncertain,” Iyer says with a laugh.

Iyer joined the Notre Dame faculty in July 2016 after teaching for more than a decade at the Harvard Business School. She holds a joint appointment in the Department of Economics and the Keough School of Global Affairs, which opened in August. Within the Keough School, Iyer also directs the sustainable development concentration in the Master of Global Affairs program.

“The fact that there is a social mission at Notre Dame meshes very well with my interest in development economics,” Iyer says. “With inequality rising around the globe, economists need to keep the focus on human beings.”

Iyer’s research analyzes the role of political power within emerging market countries, including the legacy of colonial rule, and she has studied property rights in several developing countries including India, Vietnam, China and the Philippines.

“For hundreds of years economists have been trying to answer the question ‘Why are some places poor while others are rich?’” Iyer says. “I have come to feel that political institutions, political rules and the actors within those systems play a very large role. If the system is rigged against you or not structured properly, individual efforts are not going to be enough.”

The political participation of women in India is a central focus of Iyer’s current research. A dearth of female political leaders is a global problem, not just an “India problem,” Iyer says, with women accounting for only 23 percent of the membership of national parliaments globally. India makes for an interesting case study because it has a quota system to ensure women are equally represented at the district and village levels.

“When you are a woman and you have a female political leader in your local area, it emboldens you,” she says. “It’s similar to the Me Too movement in that way.”

“I’m investigating how we can create a pipeline for more women candidates and also how we can include more women at local political levels.”

Iyer also has investigated whether a woman winning a political election at the state level inspired other women to enter politics. She was disappointed to find this is not the case. Similar studies by colleagues around the globe confirm this result is not unique to India.

“This tells us we need to have more proactive policies in place to include women in the political process,” Iyer says. “I’m investigating how we can create a pipeline for more women candidates and also how we can include more women at local political levels. I’m excited to see if such programs can make a difference.” Iyer says she would like to explore alternatives to quotas such as training programs or other incentives.

Iyer also is eager to see more women entering into the field of economics, where currently only about one-third of economists are women — a smaller percentage than the other social sciences. She is encouraged that there is a concerted effort at the national level to make this happen.

“The profession has become very conscious of this in recent years,” Iyer says. “Scholars are conducting research on barriers that prevent women from succeeding in the field, and the American Economic Association now provides mentors to junior female faculty.”

Iyer says she’s been fortunate to have excellent mentors throughout the various stages of her career, beginning with that first stellar economics instructor in high school. She’s the one mentoring now, and she’s quick to say that she loves bringing her research into the classroom. “I learn so much while I’m teaching,” she says. “And I’m very proud of that.”