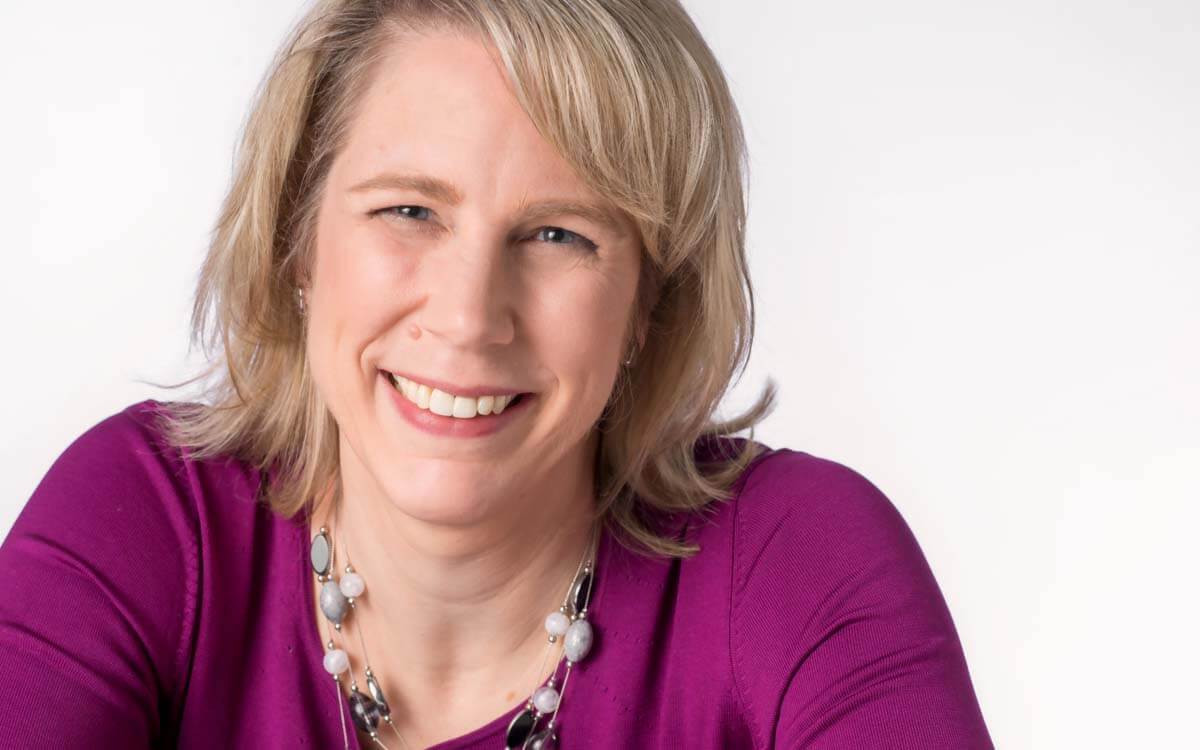 College of Arts and Letters

American politics, Christina Wolbrecht argues, has defined women largely by their relationships for too long.

It’s a concept she writes about in her research as a political scientist. It’s an idea she discusses with her students as they examine gender stereotypes. And it’s an argument that helped her amass nearly 13,000 followers on Twitter.

“A lot of the early appeals to women voters were to women as mothers — always talking about education or protecting their sons from war,” said Wolbrecht, a professor in the Department of Political Science who is currently researching female voters. “And that sounds very traditional, but think about recent politics and all the attention on ‘soccer moms.’ Most people picture a white, middle-class, suburban, married woman with children.

“If that’s how we think about who women voters are, we’re excluding the interests and politics of a lot of other women. And we are still characterizing women in terms of relationships — and that is problematic.”

“We stereotype women voters as being motivated by gender-related things, like motherhood or ‘women’s issues,’ but in general, women voters are motivated by many of the same things that motivate male voters — the economy being at the top of the list.”

Wolbrecht’s most recent book, “Counting Women’s Ballots: Female Voters from Suffrage to the New Deal” with co-author J. Kevin Corder, challenges many long-held assumptions about how women voted in the years just after they won the right to vote. Their work won the American Political Science Association’s 2017 award for the best book on women and politics.

In anticipation of the 100th anniversary of the 19th Amendment in 2020, she and Corder are now working on a book about the first century of female voters.

“There has definitely been change; there’s no question about that,” she said. “But it’s also fascinating how much continuity there is over time with these themes. We stereotype women voters as being motivated by gender-related things, like motherhood or ‘women's issues,’ but in general, women voters are motivated by many of the same things that motivate male voters — the economy being at the top of that list.”

Wolbrecht, the director of the Rooney Center for the Study of American Democracy and the C. Robert and Margaret Hanley Family Director of the Notre Dame Washington Program, was raised in a civically engaged family where politics was frequently discussed.

She began college planning to embark on a career managing political campaigns, but soon realized that her true calling was in studying and researching politics. Wolbrecht went on to earn a Ph.D. at Washington University in St. Louis before joining Notre Dame’s College of Arts and Letters in 1997.

In her graduate studies, she chose to focus on American political parties, and her first book traced the evolution of the Republican and Democratic parties on issues related to women’s rights.

“When you study American politics, at some point you decide whether you’re going to study voters or Congress or the president. We tend to put ourselves in silos,” she said. “But if you study parties, they connect to everything. It sort of let me ‘cheat’ and study all of it.”

An affiliated faculty member in Notre Dame’s Gender Studies Program, Wolbrecht is also a founding member of the editorial board of Women Also Know Stuff, which promotes and publicizes the work and expertise of female scholars in political science. The organization has created an online, searchable database to help journalists and academics connect with more than 1,000 female experts in the field.

“There are many things we need to do to challenge implicit bias, but presence is a big piece of it. We need to challenge the stereotypes we all hold — men and women — about who is competent, who is intelligent, who has something to contribute.”

In addition to undergraduate and graduate courses on American political parties and democracy, Wolbrecht regularly teaches a class on women in politics. In that course, she and her students spend time discussing traditional gender roles and expectations — and the significance of “care work.”

“These are often thought of as family or personal questions, but they’re also economic and political questions,” Wolbrecht said. “What sort of value do we place on caring for children and the elderly? How and why is that work gendered? What are the consequences for women’s economic vulnerability and political power?”

It was that issue that shone an unexpected spotlight on Wolbrecht and her research last fall. She posted a series of tweets about gender roles and the value of care work, which quickly went viral — garnering more than 110,000 favorites, 50,000 retweets and the immediate attention of major media.

“It’s going to test a lot of our ideas about women in American politics — what’s going to happen when more women run for office than have ever run before? It’s going to be fascinating.”

Regardless of the sensation caused by her social media commentary, it is an exciting and challenging time to be researching and teaching about gender and American politics, Wolbrecht said.

It's a time when assumptions are being rethought and new political realities are being formed. It is also an energizing moment for women.

“Some of my work has been on the role model effect — how seeing women in political roles makes younger women more politically engaged,” she said. “And now tens of thousands of women are considering running for political office — not just for Congress, but at the state and local level.

Written by Carrie Gates, College of Arts and Letters