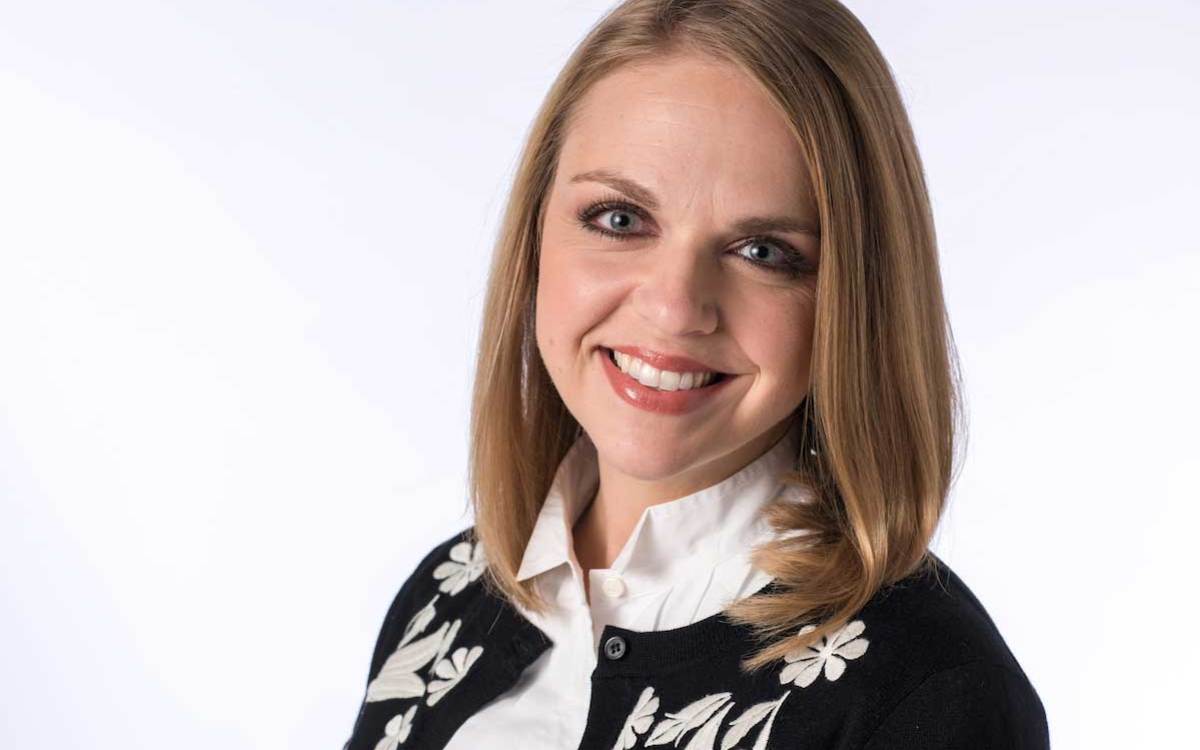 Associate Teaching Professor of Finance and Director of Special Projects

Kristen Collett-Schmitt interviewed for a faculty position at the Mendoza College of Business on a frigid, blustery day in February 2008, wearing a too-thin jacket. As the taxi turned up Notre Dame Avenue and the Golden Dome gleamed ahead, she thought, “What am I doing here?”

In her tight-knit, Catholic hometown in northern Kentucky, Notre Dame was the ideal. “It’s such an awesome, overwhelming experience to see that Dome in front of you,” she says. “I felt out of my league.”

"But it was those three moments when things didn’t work out, where I realized I had to make a choice — to just give up, or make something happen."

Since arriving on campus on that snowy day, Collett-Schmitt has built a reputation as a gifted finance teacher who regularly garners prestigious and meaningful teaching awards, including a spot on Poets & Quants’ “Top 40 Undergraduate Business School Professors” list in 2017. She helped design and launch Mendoza’s first-ever online course for undergraduates, serves as the faculty advisor for MoneythinkND, and she is providing accreditation guidance for the master’s program Notre Dame is launching with Balkh University in Afghanistan, among her many current special projects.

Students talk about her passion and accessibility, her deeply personal style and organization. She has a disarmingly straightforward manner that ties some of her loftier ideals and statements firmly down to earth.

By all outward signs, she’s a testimony to the American axiom of success: Set a goal, work hard, work very hard, and all will turn out well. But today, looking back over her professional career, it isn’t her successes that ultimately proved formative.

“I’ve had three defining experiences in my life,” says Collett-Schmitt. “Growing up, I was very fortunate. Everything seemed to always work out. But it was those three moments when things didn’t work out, where I realized I had to make a choice — to just give up, or make something happen.”

Collett-Schmitt attended Bellarmine University, a small Catholic liberal arts school in Louisville about two hours from her hometown of Park Hills in northern Kentucky. Her path to declaring a major was a bit roundabout, starting with sociology and including a brief stint in communications and theater before focusing on law.

Her first defining experience came in her senior year when she decided to earn a doctorate and become an economics professor. She began stuffing her schedule with math classes, took a second job to pay for graduate school application fees, applied to the top schools even though it was very late in the application cycle … and waited.

“And … I was wait-listed at all the programs I wanted,” Collett-Schmitt recalls. “By graduation, I had no plans. I was the valedictorian, and I didn’t have anything.”

Even today, you can hear a heavy thud of disappointment and confusion as she recounts the story. All of her hard work and plans seemingly disintegrated. She was embarrassed and thought briefly of going home.

But she pushed on. By May, she had landed a full scholarship to North Carolina State University. She packed up her whole life and started again.

Collett-Schmitt threw herself into NC State’s doctoral program, signing on to be a teaching assistant, which meant leading lab sections for 400-student classes. She was so excited and anxious before her first class, she threw up in the bushes before entering the building.

Defining Experience No. 2: She failed the micro exam. She wrote “too much,” according to her professor. He may have been trying to push her to do better because she was such a strong student. But it shattered her confidence.

She again thought about returning to Kentucky. With some encouragement from her now-husband, David, who had been her high-school sweetheart, she decided to stick it out. She retook the exam and passed with no problems. But more importantly, the experience solidified into a life coda.

“If this hadn’t happened, I would have never learned that I could pick myself up and be OK,” Collett-Schmitt says.

During her first semester at Mendoza, Collett-Schmitt taught four sections of managerial economics to undergraduate students. It didn’t go well.

“The students made it clear that if they can’t use what they’re learning in the classroom in some way when they graduate, they didn’t want to spend their time on it,” she says.  “I had been thinking about it all wrong.”

In her typical fashion, Collett-Schmitt met the challenge with a lot of hard work, undertaking teacher-training programs. Eventually, she changed her entire approach to make the classes much more interactive and engaging. In fact, her teaching is now her research as well, as she has translated her techniques into white papers, a publication and annual presentations that she shares with fellow economists.

“And I say, ‘I thought my life was over.’ But you have to prepare for failure. You can grow, and you can go on.”

In her third year of teaching, Defining Experience No. 3 arrived. Seven weeks before her identical twin girls were due, Collett-Schmitt discovered during a routine checkup that daughter Mackenzie had no heartbeat.

“It just changed me, changed my perspective,” she says. “Failing an exam had seemed like the worst thing ever. Now when things get rough, I can confidently say to myself, it's not that bad. I can handle this.”

Harper, the surviving twin, today is a healthy 7-year-old, and Collett-Schmitt and her husband used the experience to create the Mackenzie Taylor Schmitt Memorial Fund, which purchases necessities for premature babies at the local Beacon Children’s Hospital. They also provide preemie clothing to families through their own organization, Wishes for Preemies.

As a teacher, Collett-Schmitt finds that her experiences — good and bad — have become yet another way to reach and teach her students. Her students are assured that progress doesn't often happen in leaps and bounds, but by sticking to their goals and not giving up when faced with setbacks.

“A lot of students come to Notre Dame having never failed or knowing what it’s like not to be the best and were sheltered from hardship as I was,” she says. “And then it’s devastating for them when they don’t do well on an exam.

“So I tell them about failing my exam or share the story about my daughter,” says Collett-Schmitt. “And I say, ‘I thought my life was over.’ But you have to prepare for failure. You can grow, and you can go on.”

“It’s definitely one of the reasons why I love being at Notre Dame. I’ve always been able to share those parts of my life with my students, and it feels like the community that everyone always says Notre Dame is. I don’t feel out of my league anymore.”